Ishan has spent the last two months as an ASIAA summer student with Comet Hunters working on making simulated images of main-belt comets. Ishan has chronciled his progress here and here on the blog. The goal is that with this simulated main-belt comets we can learn about how faint of cometary activity can the project see. This will let us probe the frequencies of main-belt comets in ways we couldn’t do with just the HSC data alone. Thanks Ishan for all your hard work and effort this summer.

Ishan gave his final presentation at the end of August which he is kindly sharing here:

Let’s quickly review what are the major differences b/w comets and asteroids:

So what are Main-Belt Comets? These are a recently discovered class of main belt objects which show cometary activity. Here’s an image of a main belt comet taken by the Subaru Telescope. 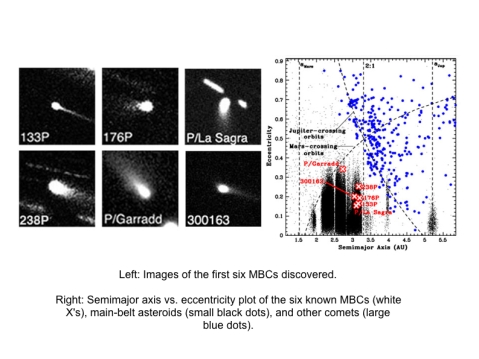 Here we see images of the first six MBCs discovered. The plot on the right clearly shows that these objects are distinct from comets while being indistinguishable from asteroids.

The Earth is believed to have formed dry owing to its location inside the snow line, and therefore the water we see today must have been delivered from outside the snow line, perhaps by impacting asteroids and comets. There are models which suggest that water delivery from asteroid belt was more likely. MBCS provide us a way to test this.

However, so far very few MBCs, about 12, have been discovered. We need to find more in order to:

Here’s where Comet Hunters comes in as a possible savior.

So, Comet Hunters is a Citizen Science project under the citizen science web portal called Zooniverse. The idea behind citizen science is crowdsourced scientific research, ie, a large number of volunteers, their numbers usually in thousands, actively participating to complete research tasks.

Projects at Zooniverse span Astronomy, Climate Science, Biology, Physics and even Humanities. Galaxy Zoo is a famous example of astronomy related. The volunteers are shown images of galaxies and they have to classify them according to their morphologies. Another is Planet Hunters, where you need to spot dips in light curves corresponding to planet transition.

In Comet Hunters, volunteers are shown images of asteroids and they need to check for the presence of a coma or a tail. A candidate is vetted by the research team only when about 20 volunteers spot any activity. The combined assessments of so many people are much more reliable than individual opinions. 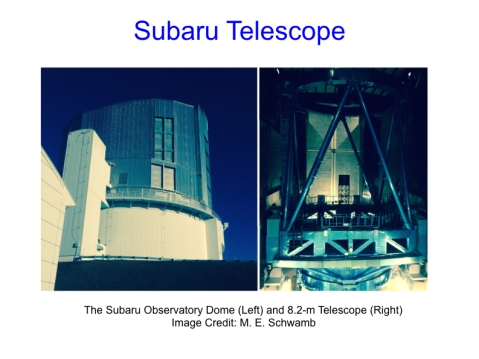 The data for Comet Hunters comes from Subaru, an 8 m telescope at Mauna Kea, Hawaii. 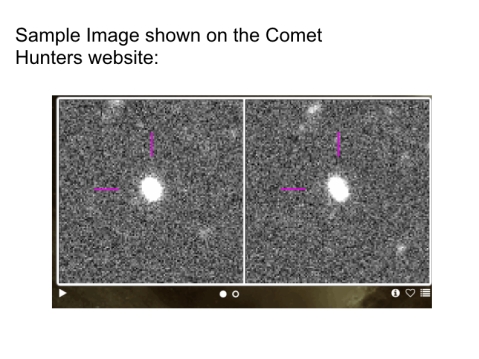 Here’s a just a quick example of an image shown on the Comet Hunters website.

It can be also be seen with inverted colors for more clarity.

The two images are about 20 arcsec in width each and are from the same night.

The volunteers need to answer whether a tail is present in one image, both images or is completely absent.

What is the detection efficiency of Comet Hunters? How good is the project in detecting MBCs? What kind of MBCs are getting detected?

This where my project comes in. 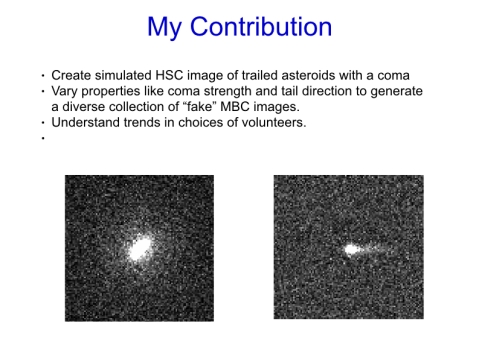 My job is to create or simulate asteroid images similar to Subaru’s, with varying properties like the coma or tail strength, tail direction, etc.

The volunteers’ choices for these images will help us characterize the kind of MBCs that are being detected by Comet Hunters. For example, we can find the minimum strength of the coma/tail for which the volunteers are able to spot them.

Here are a two examples of images that I have generated till now. I will explain the process in the subsequent slides.

Before I start talking about my work, I need to give some background information.

So why does this happen?

Solar system objects move much faster in the plane of sky than the distant stars. And Subaru’s survey data images are usually taken for exposure times of 120-150 seconds, as they are not specifically designed for solar system observation.

So during this interval the asteroids/comets move a couple of arcsec resulting in smearing or stretching of the image in the direction of motion.

Here I present a simplified pipeline for the generation of model MBC images. As you can see, there are a lot of steps involved. Let’s go through them one at a time.

Here is our asteroid, just a pixel wide, with no coma. So, all the pixels in this image have value zero except the central pixel which has the value 1.0.

So we see a tiny dot at the center which represents the asteroid. 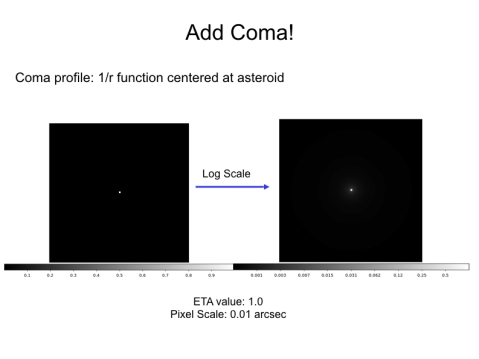 So, we have our asteroid image with a coma around it. Let’s move on to the next stage. 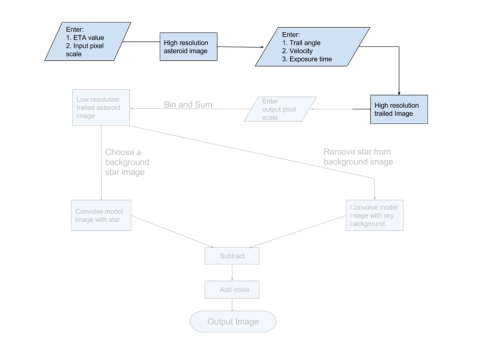 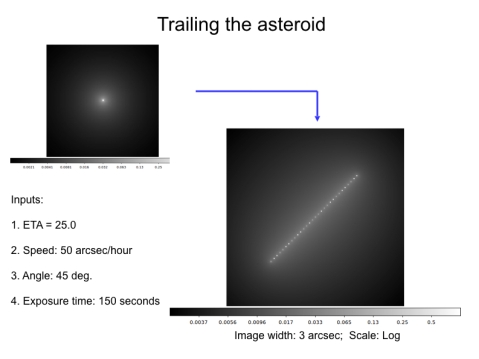 1. We zoom into the central 1 arcsec region and now we can clearly see the individual asteroid replicas.

2. The gap between successive asteroids is because we are imaging in an interval of 0.5 seconds for the duration of exposure. Hence, the asteroid is displaced by the distance it moves in this small interval. 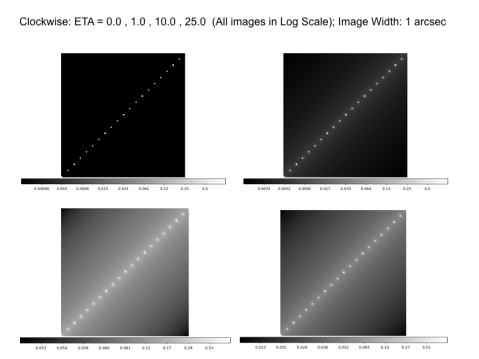 Just a quick look at the trailed asteroid images for different coma intensities. All these images are of the central 1 arcsec region and are shown in logscale.

OK. Now that we have the trailed asteroid, we proceed to a very important step: Reducing the resolution or increasing the pixel scale to Subaru’s.

A look at the trailed asteroid images for different trailing directions 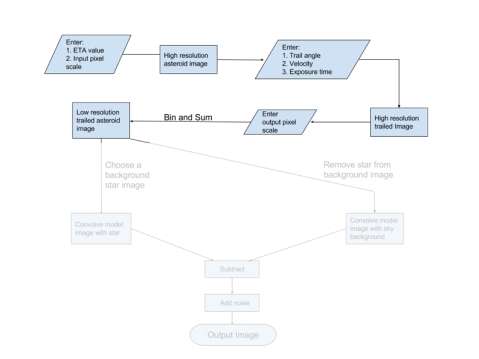 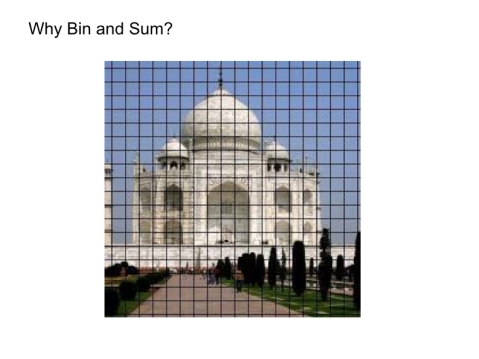 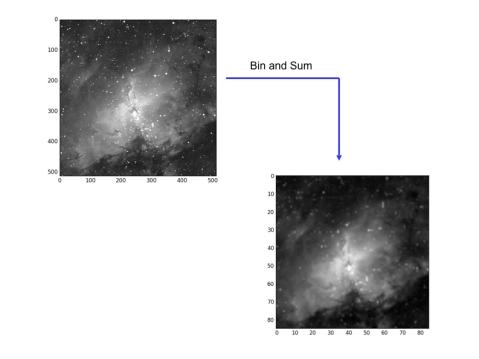 Before we proceed, I would like to mention that prior to using this binning and summing technique to decrease resolution, we were trying to use interpolation. It didn’t work out at the end as we discovered a major flaw with the method or maybe the interpolation function we were using wasn’t working as expected. We can talk about this later if anyone’s interested.

OK. So let’s see how the low resolution images of our trailed asteroid look.

Here’s a high resolution trailed image that we saw before. The input parameters are also shown. As you can see, this one has ETA = 0 , ie , no coma.

This is the low resolution image. It is 101 x 101 pixels wide. Please note that I have verified the total flux (in this case the sum of all pixel values) is conserved during the sum and bin process. 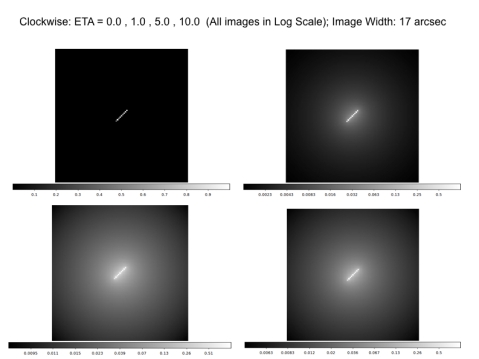 Here are some more low resolution image with same parameters as the previous image except ETA. 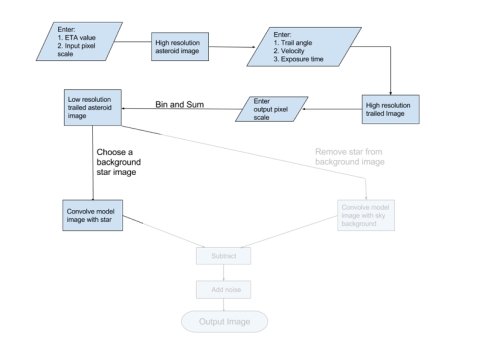 OK. Let’s move on now to the final stage: convolving our model asteroid with a background star. But why do we need this? 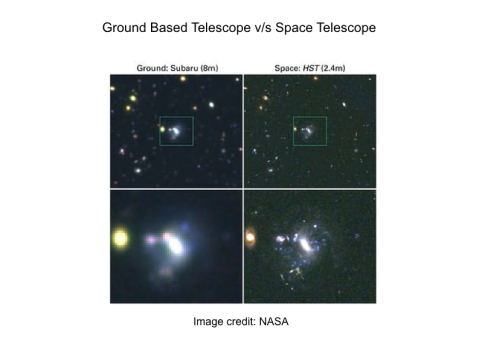 To account for two things that affect the ideal image: Atmosphere and Telescope optics. Convolving with a background star incorporates these effects into our ideal image and makes it looks realistic. 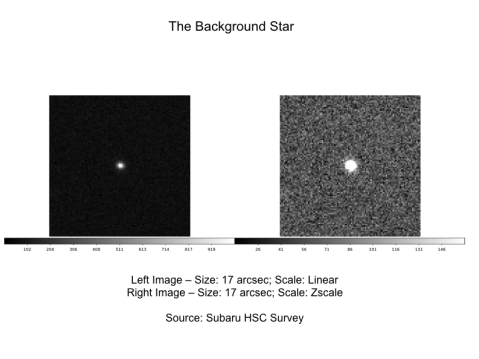 Here’s the background star which we will use for the convolution process. This was chosen by eye from a field image obtained from HSC database.

You will notice that the image on the right here and many subsequent images are shown in zscale. This is because the Subaru images fed into the CometHunters website are in zscale. This scaling provides a convenient perspective to look for any activity in the object.

Let’s see how our convolution process fares for some model images we have seen so far.

Case 1: The most basic one: untrailed asteroid with no coma.

As you see, since the model asteroid in this case is basically a delta function, the background star image is identically reproduced. 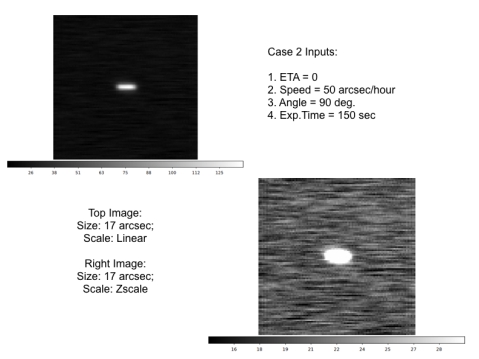 Now here we encounter a major problem. The noisy background from the star’s image is getting trailed in the direction of asteroid’s movement. We have been trying to remedy this by playing with the convolution process but to no avail.

Recently, we came up with a neat trick. Why not generate a trailed sky background image same as in the convolved output but without the central asteroid. Then, ideally, subtracting this trailed background with our convolved output should remove the background from the latter image, leaving just the asteroid part we are interested in.

Let’s see how this works.

You can see that the background sky gets trailed when convolved, as expected.

Now we subtract our convolved output (from slide 33) with our trailed background image from the previous slide and…..Voila! The background gets removed perfectly!

Now the final step is to add noise in this image. We add poisson noise to each pixel because of something called shot noise.

Shot noise is caused by the random arrival of photons.  This is a fundamental trait of light.  Since each photon is an independent event, the arrival of any given photon at a pixel cannot be precisely predicted; instead the probability of its arrival in a given time period is governed by a Poisson distribution.

Here you look at our final output image. Looks good, doesn’t it?! 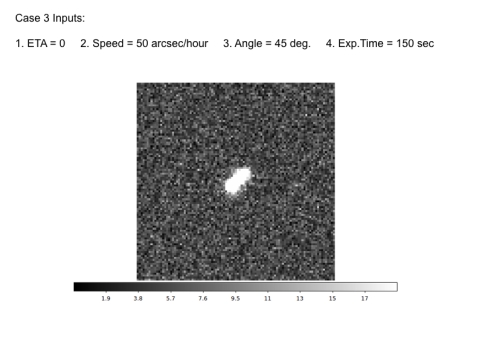 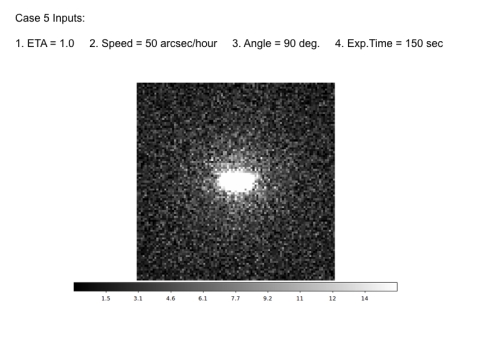 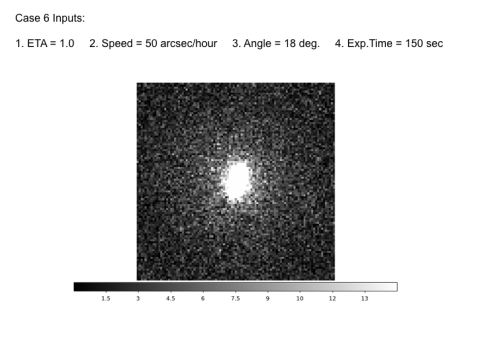 Conclusion and Future work.
Although the pipeline is not completely ready to generate a the complete range of images of asteroids with tail, I quickly generated a basic asteroid with tail image – a pixel wide asteroid at center with a horizontal tail with intensity going of as 1/r – and fed it to the pipeline. The two images on the right depict asteroids with tails. Not bad, eh?

The image on the left is the only recorded image in literature of a trailed asteroid with a tail – 107P/1949 W1. This is an old image, on photographic plate.

On the right hand side I am showing you something similar that I tried to generate from my pipeline. The image on right hand side top is in a linear scale image while the one on the right bottom is the inverse color version, just like the 107P/1949 W1 image on left hand side.